Immerse yourself in the mysterious and puzzling world of Forgotten Island. Trapped in the middle of nowhere, you take on the role of a lost adventurer with a secret past. A mysterious explosion has destroyed the island's biology lab and scattered living specimens across the strange landscape. Now, a bombastic robot named DOC73R-CY3N53 is calling the shots, ordering you to re-classify his specimens and rebuild the island in his image. Never one to play nice with robots, it's up to you to unravel the mysteries of... Forgotten Island!

In this point and click adventure game, designed and built by Syracuse University students, you can participate in scientific research while foraging through fearful forests, vicious volcanoes, desolate docks, and much more! Use your handy Atomic Classifier machine to do real science while saving the day! 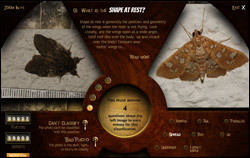 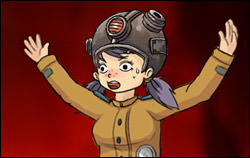 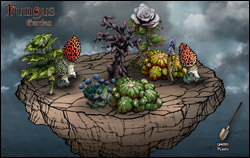 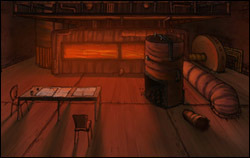 Great game, if you're patient enough

Forgotten Island is an educational adventure game whose implicit purpose is to teach students some science facts regarding insects, ecology, ecosystems.

The game has a simple yet very catchy storyline - the main character finds himself on a strange island, completely amnesic. Soon, he witnesses an explosion which ruins almost everything on the island and meets a dictatorial Robot, who tells him the story of the island and gives him many tasks in order to re-build the 4 beautiful gardens that were destroyed. The hero will have to do a lot of work (and hard thinking) in order to finish this mission.

The game is quite complex, it has 3 chapters; each chapter has a main objective and more sub-objectives. You cannot pass to the next chapter unless you solved the puzzles in the current one. At the beginning the character receives an interactive map of the island (which will be used for navigation) and an inventory/backpack. He also gets a strange device, called Classifier (a funny instrument which contains lots of butterflies that needs to be classified; in exchange, the hero receives money and use them to buy items from Ed-D; the stuff in ED-D’s shop are important for resolving the puzzles).

The island map has many interesting places that you have to explore: a forbidden forest, an abandoned house, a robot graveyard, ED-D’s store etc. Here you’ll find clues and other objects that will help you solve the puzzles.

The story and the educational content are very well combined with the game mechanics. The scientific facts are so well embedded in the game play that you won’t even notice you’re learning. The game may be a little confusing at the beginning, but you’ll soon figure out what you have to do. The game is rather slow paced, but the many quests and places you have to explore are compensating this aspect and create great user engagement. In order to re-establish the order, the main character has to gather many items from all over the map zones. Some of those are easy to find, while others are well hidden. Design The interface has a nice design; it’s very intuitive and user friendly. The game has few minor functionality bugs, but you can live with it (e.g. When you begin a saved game, it starts with the map screen and maybe I don’t remember where I was last time; sometimes, when I want to move the hero I accidentally click on the buttons at the bottom of the screen).

Strangely enough, the largest amount of educational content is encapsulated in the Classifier, where you have to sort many butterflies in order to gain money. It’s very interesting that you will receive the money no matter if your answers are correct or not. From time to time, the evil robot gives feedback in a pop-up window. It’s a great learning approach: after you sort enough insects, you start learning many things about them! You have to solve the puzzles in order to master the game. But you cannot solve them without the items from Ed-D’s shop, and you cannot buy the items unless you sort the butterflies. I don’t think Forgotten Island is the type of game you can play in the classroom, but I consider it’s perfect as homework or even as a science project.

There’s a relatively large amount of info (regarding ecosystems, butterflies, even some mechanical devices). I can’t really know whether it’s accurate or not (I’m not an entomologist), but the level of depth seems to indicate a lot of careful research.

Overall, I highly recommend this game!