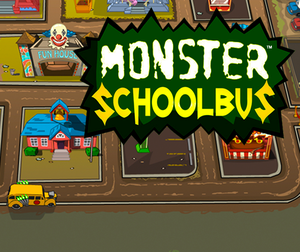 In Monster School Bus, the player is a monster school bus driver that is tasked with picking monster kids up and driving them to school. As bus drivers, players are challenged to add decimals, whole numbers, and fractions to fill their school bus to its maximum capacity with monster students. Additionally, they are tasked with collecting magic potions to “rock out” the monster neighborhood, which increases their star rating in each level. This game is intended for late elementary or middle school-aged students and addresses number and operations standards as well as the process standard (as established by the National Council of Teachers of Mathematics). It supports students in understanding numbers, ways of representing numbers, relationships among numbers, and number system, visualizing numbers as sets and quantities, and building new mathematical knowledge through problem solving. This game contains additional resources such as teaching guides and gameplay videos and is part of the Math Snacks suite.