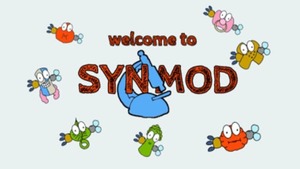 The game is aimed to teach the principles of synthetic biology. The goal of the game is to create novel antibiotics and kill several multidrug-resistant nasty bugs.

The introduction to the game explains the development of drug resistance and a way to overcome it. The players will learn the principles of modularity in synthetic biology, the names of the most dangerous multidrug-resistant bacteria, the names of antibiotics that are able to kill them, and the names of 20 common amino acids that build proteins, as well as their 1-letter codes that are used by scientists.

During the game, amino acids (elementary units of the antibiotics) need to be placed in the right order to create peptide modules. The modules, in turn, need to be combined to create a protein with antibiotic activities, which will be tested further. Depending on the efficiency of the antibiotic, the bugs change their facial expression form laughing to highly unsatisfied. Both amino acids and bugs are represented as cartoon characters, which makes it fun to interact with them.

The game contains a link to the web site, where those interested can get more advanced information about the amino acids, or see the full version of the cartoon film about the problem of drug resistance and ways to deal with it. The game is available for free for IOS and Android. It is designed for the school and university students, and also for everyone interested in biology. 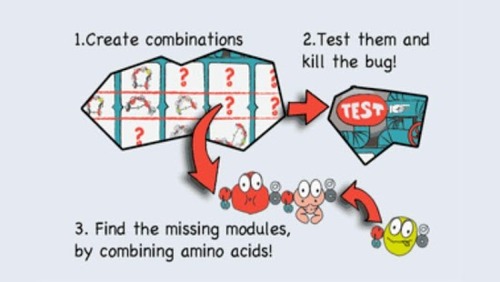 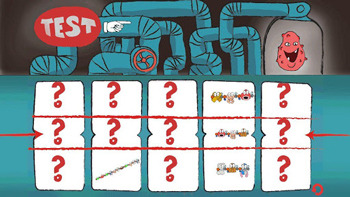