Exploring the cell through gaming.

Build a cell, fight off viruses, survive harsh worlds, and save the Platypus species!

This game was made possible by a grant from the Digital Media & Learning Competition. The goal was to make a truly educational game that was also genuinely fun to play. We hope students, teachers, and gamers will all enjoy the game.

Our forums now have open registration as well! There has been some debate as to the game’s views on evolution and creation. Please read our response and weigh in with your thoughts and opinions on the subject. Thanks!

This description was provided by the developer. 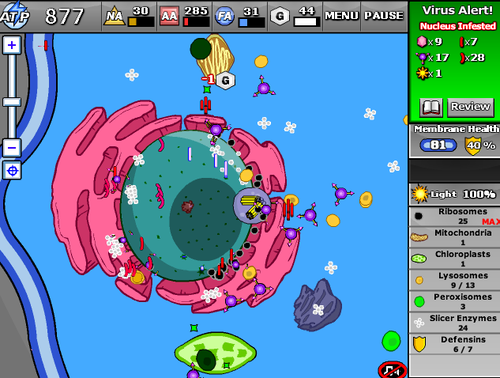 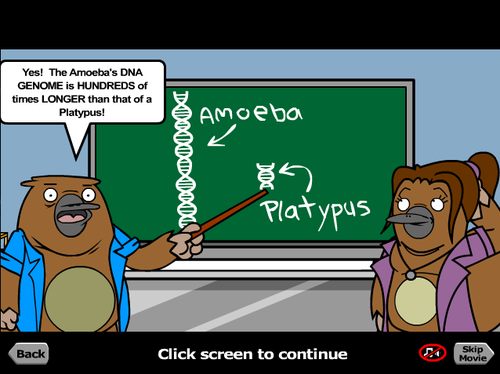 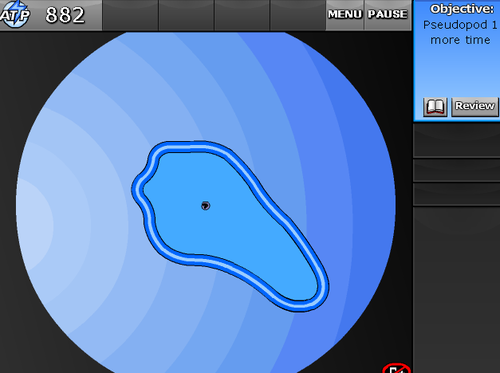 This game could be a creative addition to the normal biology classes. By building your own cell you start out simple and then build upon your knowledge; it gets more and more complex as the game progresses. The story around the game is funny for the less motivated students, but it is good that you are able to skipp it if you do not need this extra motivation. I do the pace is a litlle high, but you are able to check the "encyclopedia" to see what every part of the cell does and how it relates to actual cells. If this game is used in biology classes, where students use this in addition to the usual theory and explanation by a teacher, students will be able to put their theory into practice and be better able to understand the complex processes of a cell.

Learning rating: 3 out of 5

Really good game to learn biology. I'm going to use this game for education in my class. Will see whether the children like it or not. Thanks and smell ya later guys.

Really like that this game combined scientific simulation with a humorous storyline, and that it introduces cell functions one at a time, and gives quick info about what each organelle can do. After a while though, crawling around collecting resources, and clicking on buttons to make/recycle things, gets to be a bit of a bore, and the gameplay declines into tediousness. I'm aware that this is likely more to do with the Flash Player format's limits than with the game developers' intent, though, but as a future note, please make the controls feel more like you are the cell, rather than just poking and prodding it into moving and making things via point-and-click. Another negative point that's a bit misleading to me: We can't have a cell with just a membrane and cytoplasm, as every cell starts with chromosomes, and a nucleus first, from Mitosis, and we can't just insert organelles to make a cell function. I'm aware this was done to introduce organelles in a step-wise fashion, but since this game is meant to educate, the beginning levels don't accurately portray what we would start out with when a new cell is made. Other than those issues, this game is ready for further development, and has a lot of potential to be developed and sold as a full-fledged game on Steam.

Very understandable and doable for all kinds of age groups

Very cool game with attractive features! It has a lot of information, but it isn't necessary that you read all of it. So it's easy to progress in the game. If you repeat the game, i'm sure you will learn more and more.

Big Help to those who got easily bored to listen/read bio lectures.

I'd love to recommend this to my younger sister and to her friends, i dont why my sister dont love bio,she easily got bored when im lecturing,especially about cells, ITS AWESOME! anyway, Im a gamer and i'd really wanted to play something odd, something cool, something about science and here it is. SUPERFUUUUUUUN! thank you so much! most interesting game ever played.:)))))))))))

The story of this game is great fun, and its attention to detail is remarkable. Things start off at a good pace but then the learning curve picks up perhaps a little too much. I'm sure with some time and patience one can master this game like any other--except with this game you're also learning a lot about how cells, the building blocks of all living things, work in the process!