Our hero, the titular Shocktopus, is out for revenge against the Magnetic Yeti. Its a dangerous world, but our little Cephalopod has a trick up one of his eight sleeves: he can change his electric charge at will. Zoom across electric fields, twist through magnets, and use conductors to bend the world to your will. Never has the Right Hand Rule involved so many tentacles!​ The game is based on the actual physics of Electromagnetism -- which means you'll be an expert in the topic by the end. Or, well, you'll have beaten a game. And isn't that enough?

It started just before Andy (Andy Hall, of Test Tube Games) dropped out of his physics PhD program. As a TA, Andy would weave complex word problems for the class involving pirates and pendulums, or superheroes and refraction. (He can only assume the students attended his class for the narratives, and not help on the problem sets.) Little did he realize he would end up here, years later, trying to throw some light on Electromagnetism using a sparky octopus and a menacing yeti. The Electric Shocktopus grew out of a thought experiment of what it would be like to be an electric charge. Mix that with a heavy helping of puns, and a lot of work, and you get the game you see before you.

Features --Finally, Electromagnetism in a tougher-than-nails game --Accurate Physics from a pedant you can trust --Electric charges that attract and repel you --Magnetic fields that cause you to spin according to Lorentz Forces --Conductors that warp electric fields, calculated using the Relaxation Method --Electric currents that lead to magnetic fields, via the Biot-Savart Law --44 Levels of fun! Plus one level of pure torture. --A whole bunch of spikes and missiles. --The game comes with a virtual Voltmeter and electric field meter. --One more opportunity not to learn the Right Hand Rule! --A Level Editor so you can make all your own levels, or do your own physics experiments.

Video of The Electric Shocktopus

Screenshots of The Electric Shocktopus 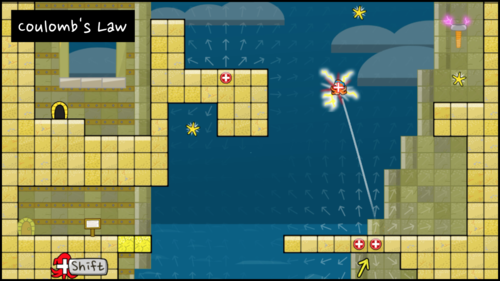 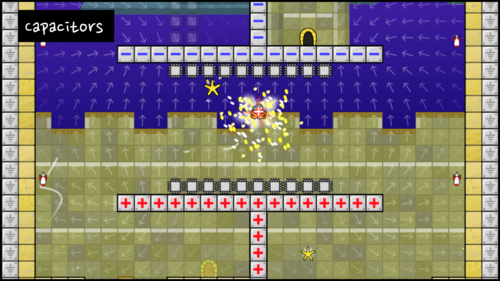 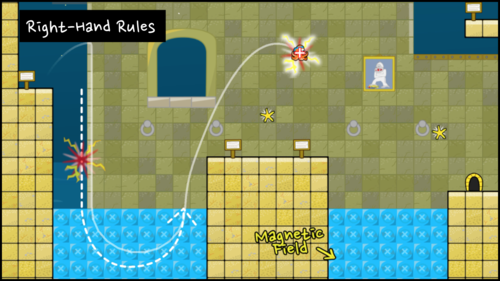 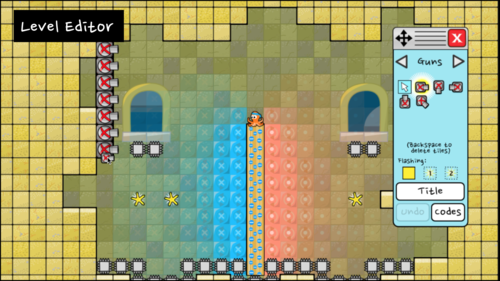